Flow visualization reveals air flow features that are not obvious from measured air flow data. For industrial application, standard long duration (~5-min) smoke bombs are taped to a pole and moved to areas of interest (as shown in photos). For commercial spaces, see note [1] below. Flow patterns are recorded and photographed for the report.

Smoke is used to reveal gross flow patterns, such as flow leaving one bank of tubes and entering another downstream. Smaller regions can be examined as well such as flow affected by a baffle.      Video clip below [LATER] shows the dynamic nature of flow in the convective pass. (Note that the operating velocity is about 3X faster than in video due to density difference between operation at ~1000°F and test temperature of ~60°F).

Plant personnel are welcome to witness visualization activities, which usually takes one to two hours to complete. 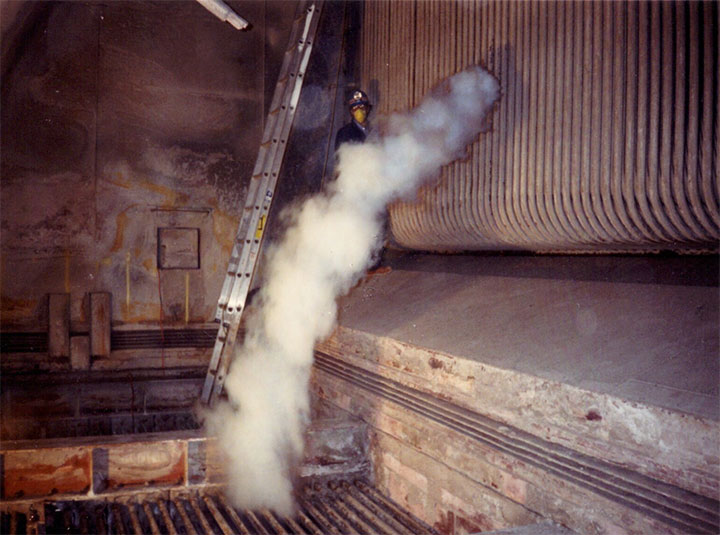 Flow Down Into Economizer Heat Exchanger. 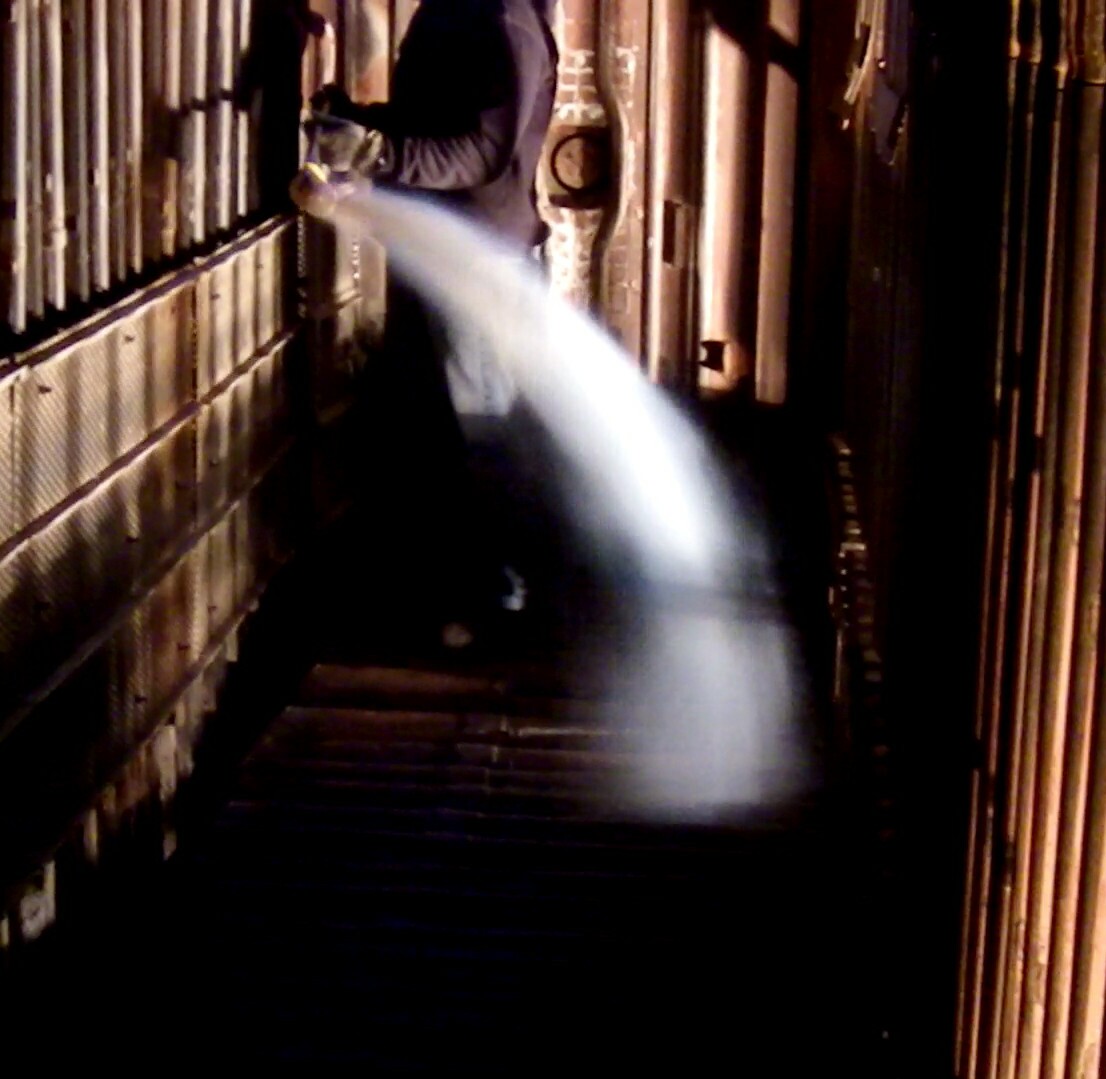 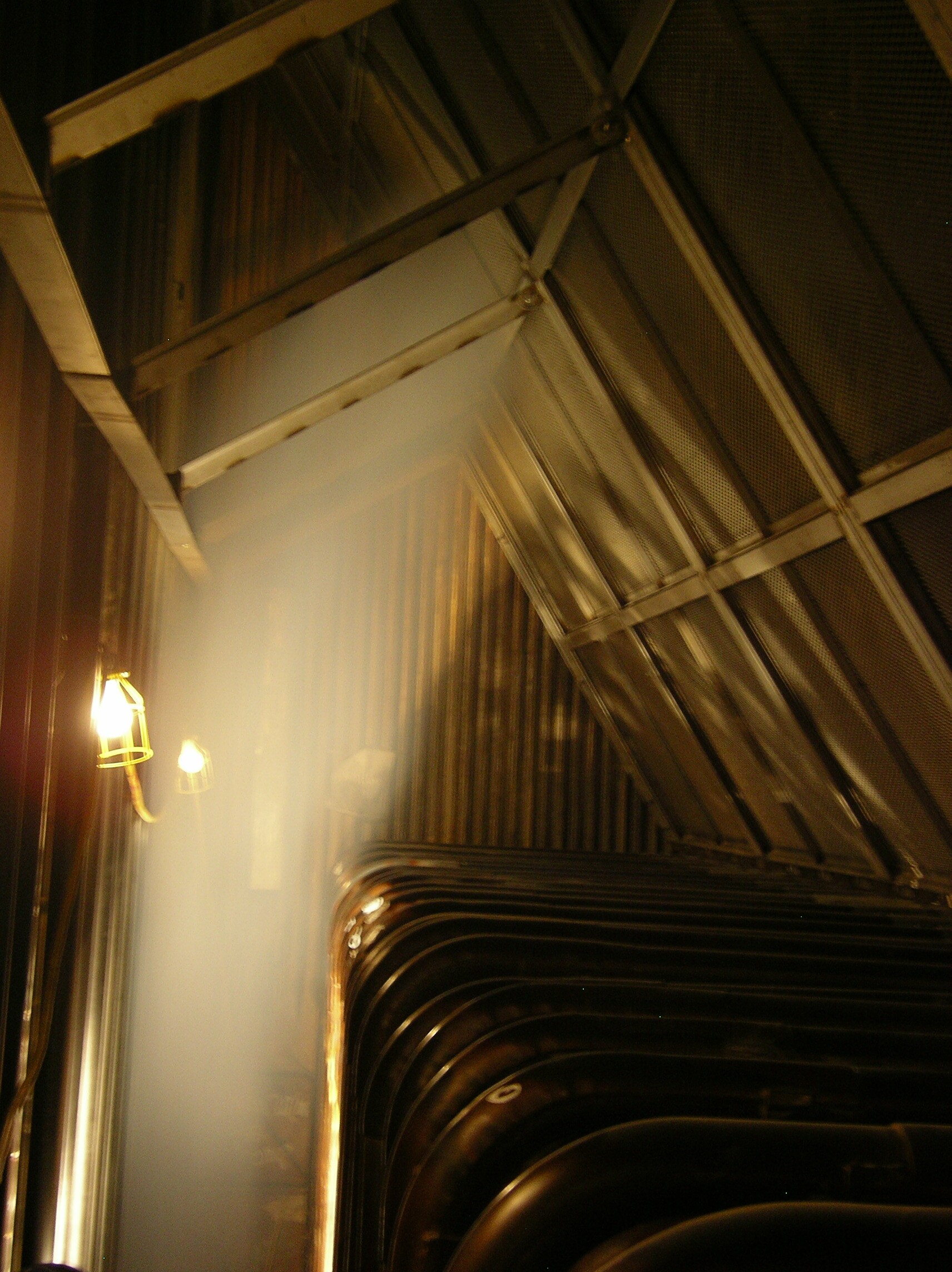 Flow from right turned down by angled screen.

Flow visualization shows flow patterns and the effect local geometry and flow modification devices can have on flow distribution.  With test data and boiler assessment information in hand, the next step leading to FAE control can be found in the Data Reduction/Analysis section.

The clips below are real time displays of flow visualization in the backpass of a utility steam generator with air (mass) flowrate of 80% of normal flowrate. Note that flowrates at operating conditions are 2-1/2 times faster than shown in these clips taken at ambient temperature.

[1] - For Commercial spaces there is a wide range of smoke generating devices available that are appropriate for smaller spaces. This can be discussed during the initial consultation as well as utility of other devices.